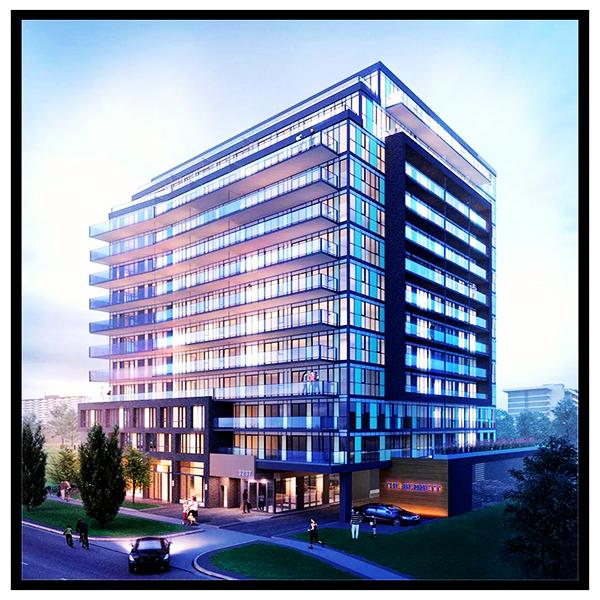 Please Register Below To Receive Brochure, Price List & Floor Plans. By registering below, you consent to your name being added to a mailing list for promotional materials such as receiving GTA-HOMES.COM’s newsletter containing information, updates, promotions and Platinum Access Events on all upcoming projects. We do not share your personal information with third parties. You can withdraw your consent at anytime.

The Bennett On Bayview Condos is a new mixed-use and mid-rise condominium development coming soon just north of the Bayview Village neighbourhood in Toronto, Ontario by First Avenue Properties and Latch Developments.   Located just north of Finch Avenue East on 3237 Bayview Avenue.  This is a proposed residential development consisting of a fourteen storey building with 165 dwelling units and retail at grade designed by RAW Design.

The Bennett On Bayview is located in the Bayview Woods-Steeles neighbourhood in Toronto just north of Bayview Village.  This community consists of many parks such as Bestview Park, Garnier Park, Saddle Tree Park, Cummer Park, Pineway Park and Ruddington Park.  There are also many schools within the neigbourhood such as Lester B Pearson Elementary School, Blessed Trinity Catholic School, Pineway Public School, Zion Heights Jr High School, Steelesview Public School, St. Joseph's Morrow Park Catholic School and the Tyndale University College & Seminary. "There is a steep drop in land elevation when travelling east along Cummer Avenue between Bayview Avenue and Leslie Street."  This is great for joggers and cyclists alike.

Bayview Woods-Steeles is a beautiful and quiet family oriented neighbourhood that is mainly residential with rolling residential streets.  There is a very large population of Chinese speaking people as well as a strong Jewish community in the area.  The Bennett On Bayview is also only about two kilometres to great shopping available at the upscale Bayview Village Shopping Centre where you can find over 110 retailers.   It is also located west of the Seneca College Newnham Campus as well as the Old Cummer GO Station. The Bayview Golf & Country Club is located north of the site and the Cummer Park Community Centre is situated not too far away.  The Bayview Arena is located directly across the street as well as the Willowdale Off Leash Dog Park.

Register with us today for your Platinum VIP Access to The Bennett On Bayview Condos by First Avenue Properties and Latch Developments!